A huge buzzword going around these days is Web3, a new internet that is designed to transition power from a few companies around the internet, such as Meta/Alphabet/Amazon/JPMorgan, and into the power of individuals. Web3 covers many areas such as blockchain, dApps, DeFi, NFTs, Crypto, etc, and has been at the centerpiece of Silicon Valley/VCs as each day there are dozens of articles talking about a new Web3 startup or executives from FAANG moving to Web3.

Is Web3 actually the future of the internet? Or is it a scam and a buzzword to raise funding from the latest VC trying to FOMO in? In this article, we'll figure out what exactly Web3 is!

History of the Internet

When we look at the first iteration of the internet, Web1 (1990s-2000), we can think of static webpages where users would look up and read information. Static webpages are simply just webpages that do not change and are the same for each user. A great example of this could just be a simple online menu. For the menu to change, the owner would need to manually update the items in the file.

In Web2 (2000-now), webpages began to become dynamic and would render based on the actions of each user. One example of this is Facebook, where each user has their profile stored in a database, and actions such as liking a page, commenting on a photo, or tagging a friend, would personalize and change your news feed. Users were no longer only reading the information, they could write and create their own!

The problems and criticisms with Web2

Both the emergence and enthusiasm towards Web3 stem from the problems with Web2. When we think of the internet today, we think of FAANG (Facebook, Amazon, Apple, Netflix, Google). With these companies come two main issues:

While data collection for ads is being monitored by governments and is improving, much of these decisions come from centralized authorities. The users and community don't have as much of an impact as to how companies should handle this.

Web3 takes the concepts defined in Web1 and Web2 but shifts power from centralized companies back to the users. A definition of Web3 that I really like is by packym@ of Not Boring, who says:

Web3 is the internet owned by the builders and users, orchestrated with tokens.

How exactly is the internet owned by the users? Through these concepts that are controlling the applications powering Web3.

Blockchain and cryptocurrencies are probably the most common definition and support of Web3 that you will hear. Blockchain technologies provide secure, and potentially decentralized, records of transactions that are public and immutable. No one can hide behind this and there is peak transparency between applications and users.

Cryptocurrencies can power the applications on the blockchain by being the main value of payment for a product, but the token could also be used for utility beyond payment such as governance.

The creation of smart contracts enabled automated systems without a central authority and is the main technology that powers decentralized applications, or dApps.

Smart contracts are a collection of code and data that reside at an address on the blockchain. They run programmatically and can submit transactions, move assets, and are permissionless.

A ton of Web2 authentication methods require an email or password which contains personal information. Web3 identities are tied to the public address of the wallet that a user is using, which provides a level of anonymity if a person chooses.

Because these addresses live on the same ecosystem, or blockchain, powering multiple applications, this identification can be universally used across nearly every application on the blockchain. This single sign-on allows for seamless integration and optimizes the usability of multiple dApps.

DAOs are a new organizational structure that allows secure and transparent funding, voting, and membership. DAOs are powered by smart contracts and generally have a treasury that can only be spent with a group decision.

All of these features are generally baked into the smart contract supporting the DAO, allowing for a completely decentralized, verifiable, and token-based membership for organizations.

Most people associate NFTs with animal pictures worth enough for a down payment towards a new home, but the technology behind these digital assets is no laughing stock.

NFTs can be used to authenticate purchases or provide proof of ownership for an underlying digital asset.

The possibilities of Web3

Now that we understand the main concepts behind Web3, what can actually be built?

Let's take a look at StockX, a popular marketplace to authenticate products such as sneakers and streetwear. This problem exists due to the lack of authentication and the increase in counterfeit products. Blockchain and NFT technology have the potential to solve this problem, reducing the fees and time that centralized marketplaces such as StockX require. StockX actually understands this and is even launching its own Vault NFTs, which will allow for faster trades and lower fees.

Web3 has the power to solve a lot of the problems with Web2. While the space often gets scrutiny for a large amount of scams and lack of accountability, this shouldn't deter you from the fact that there are thousands of people and companies building products to bring power back to the users.

We share emerging trends, tips, and stories in the NFT, crypto, and tech space, trusted by 1000+ readers.

A good week for crypto after a brutal few months! Let's break down some of the big events leading up to this

This week's issue focuses on Reddit's integration of NFTs, a lawsuit towards Celsius, and some new decentralized stablecoin players! 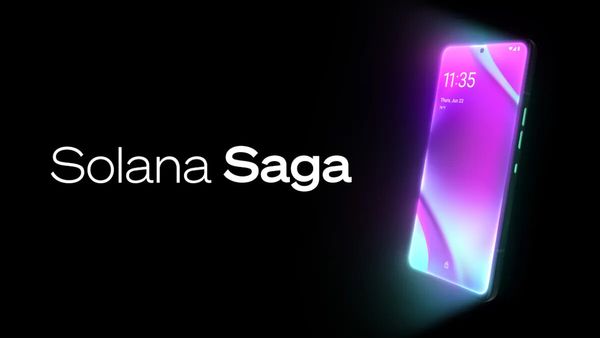 In this week's issue, check out Solana's plans with their upcoming Web3 smartphone, Uniswap's major acquisition of Genie, and a recap of the entire week!